Presentation of the Ministry 2021

Good News for the Shan - A presentation of the ministry 2021

Baptism and Opposition For New Believers 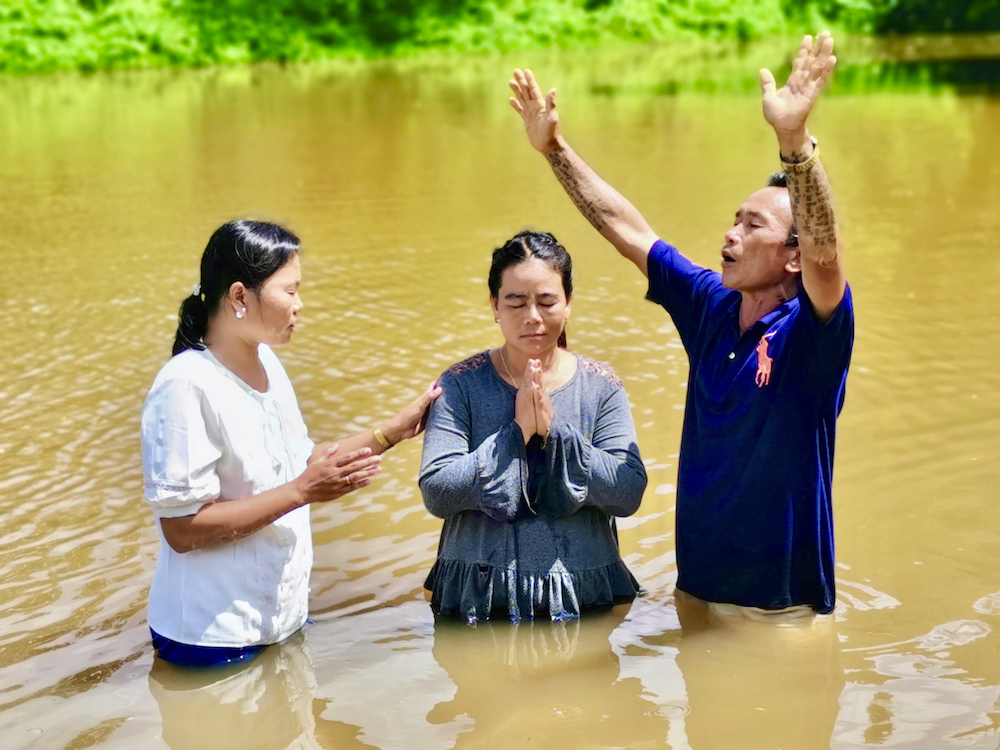 This is news from the ministry: Good News for the Shan

We recently had a baptism, we have started up Sunday meetings again and at the end of August we saw a couple receive Jesus.
The new Christians have also experienced some opposition because of their new faith. We have seen a total of seven people receive Jesus during July and August.

They Will Crucify You

One of those who became a Christian recently comes almost every Sunday. She lives near our weekend school.
One Sunday she did not come, and Mawkkham went and visited her, while I taught English in the afternoon. After one hour, they returned together. Mawkkham told me: When it was a Buddhist holiday a couple of days ago, their boss had asked why they did not go to the Buddhist temple in the village. She said they had become Christians now, so they did not go to the temple. The boss had then said contemptuously: If you have become Christians, then they (i.e. us) will soon do with you as they did with Jesus, crucify you.

This is a video from Good News for the Shan. We have experienced several shan accepting Jesus and we had a baptism recently in our ministry.

Here are some news from our ministry: Good News for the Shan.

We are already in month 3 of this year and many things have happened since last news updates.
We want to share some highlights.

For a about two week ago we had some good conversation with several Shan people in the orange farms around in the aria. Mawkkham shared the Good News in a clear and good way, and Mawkkham and her husband Tore have more time now since their young daughter is growing.

Since Christmas it have taken some time to follow up some of the people that came to our big Christmas party where we gathered around 150-200 Shan people, so it was grate to see that many had become even more interested in the Good News.

We also do a lot of following up ministry with the new Christians and, we are going every week to visit them.

e have had a great start after new year with our weekend school. We gathered over 20 children the first weekend.

All the children have got a New Testament now, and we read a chapter together every Saturday and Sunday.
For the last two months our school have been a bit on and of, because we still only have one car to use for our ministry. Tore had to go two weeks to Chiang Mai and for the last two weeks it has been at the garage to fix the painting and front of the car after an accident before Christmas.  Please still pray with us for a ministry car.

Over the past two weeks, a lot has happened here in our ministry Good News for the Shan, including around 13-14 people who have received Jesus, and we are busy following them up. Several of them we have known for a time already, but suddenly there were several who wanted to take the full step out and become Christians.

It started with four people that surprisingly came at a house meeting we had on a Monday night.

We had actually gone to this house meeting to encourage a Christian couple who had just moved to a new place where they had no electricity, far out on the rice field.

When we arrived another family we also know called and said they would like to come to this house meeting too because they wanted to receive Jesus.
After 5-10 minutes they arrived, and one middle-aged man said eagerly that he was very ready to receive Jesus. He had been thinking and waiting for a long time to do so, because he wanted a change in his life.

This is also the father of a 14 year old girl who attends our Saturday and Sunday school, and we have known her f

At the same time she also wanted to receive, plus two other young men, one we have known for over 12 years (but we have not seen him for a while).
So the evening was a bit different than we had expected.

We finally got to pray for and encourage the couple we came to visit as well, when it got dark and from a light of a flashlight.

There is a girl of about 15-16 years, whom we have known for about three years now who is also thinking about being baptized, if her parents allows it.

Pray for those who have received Jesus and want to be baptized!

What excites me (and we) the most are not always those who say they want to be Christian (because we have  experienced many people who have said they will, but did not really mean it), but those who really mean it and want to take the full step by being baptized.

We have also started gatherings on Sunday mornings. One of the reasons is that we need to follow up and teach more those who are new Christians.

At our Sunday gatherings we begun with only 4-5 people who met togather, but the last two Sundays there have been over 10 who have come, also new Christians and some youth.

A 15 year old girl who baptized a year ago is very eager to come and wants to grow as a Christian. She also wants to attend a Bible school when the time comes.

Please remember to pray for this:

In our ministry, we are still in grate need of monthly sponsors and partners.

If you wish to support us, pleas feel free to use PayPal or contact us for information.

You can also use this link!

Remeber: Like our Facebook page: Good News For the Shan - Ministry, to get more updates and pictures.

At our monthly meeting we have on our rented land we gathered almost 60 people all together including children. There are actually more and more people coming to these gatherings and we ran out of food this time.
This evening we taught from the Bible and also explained the gospel and had worship.

An entire family of six received Jesus this evening.
I saw a father bring his kids along with him when we asked if anyone would like that Jesus should come into their hearts.
They have one child that is only five months old as well, which we have prayd for several times. This is a family we have known for over a year now, and they have been very interested in Jesus for the past six months.

There were also other young families, some of whom had recently come from Myanmar, who we prayed for and with.

Who Are We and Vision 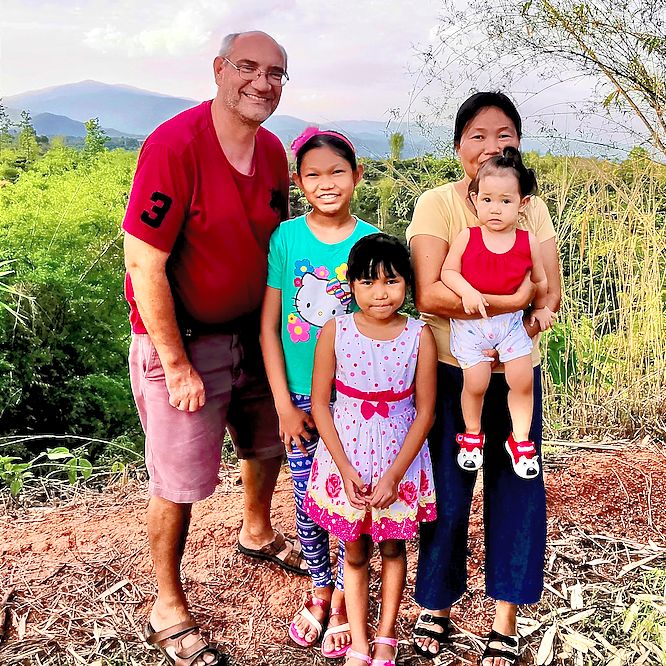 Read more: Who Are We and Vision